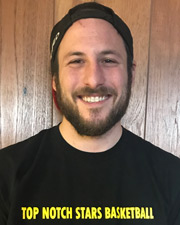 
Ethan Meltz has been playing competitive basketball since 2002. He has won MVP on all his school teams and went on to represent Canada in the Maccabi games. With the Maccabi team he went to Rome where he led all scorers and brought home a silver medal for Canada. His second trip was to Argentina where his team brought home the silver medal.

Derailed by a knee injury he then turned his focus to coaching. 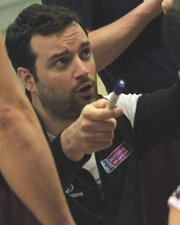 
My name is Paul O’Brien and I am a coach from Galway in Ireland.

I have been playing basketball for almost my entire life and have been coaching for the last 11 years.

As a player, I was under 20 National Player of the Year as well as a member of the Under 20 Irish National Team that competed in the European Championships. I have won multiple honors with my club, Moycullen including two National Championships.

As a coach I have won two club All Irelands with Moycullen and also won the Double as Head Coach of the NUI Galway Varsity College Team for the first time in the colleges history. I was also named Coach of the Year by NUI Galway.

My basketball philosophy is high tempo ball movement basketball. I put an emphasis on defense and like my players to express themselves offensively.

My favourite quote is “Fail to prepare, prepare to fail” 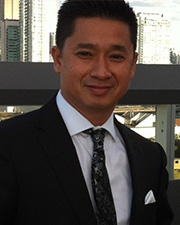 
Huu Tran has a passion for the game of basketball and has played throughout his high school  years. His passion for the game lead to coaching when his son started playing basketball. Huu’s main goal is help the team achieve at the highest level & to help develop the players to be leaders on and off the court. 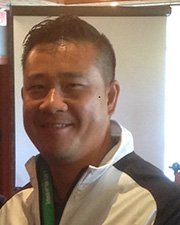 
Howard has been coaching OBA/AAU boys basketball since 2012, and has been with our Top  Notch 2001 team since 2016.  His many years in  competitive sports ranging from golf, taekwondo and basketball brings a winning edge that helps boost our athletes’ performance. 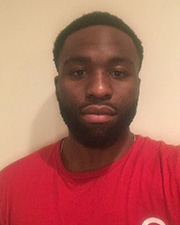 
I was introduced to the game of basketball at the age of seven and fell in love with it ever since. My commitment and love for the game has allowed me to build connections and life long friendships that I would have never been able to obtain from anywhere else. I was fortunate enough to be apart of some really good teams all throughout middle school and high school. Though I did not continue to pursue basketball after High School. I stay close to the sport by giving back the joy that I received from it as a kid. As a coach it is my goal to make sure every team I’m fortunate enough to coach plays the game with respect, togetherness and ultimately they have fun while playing. 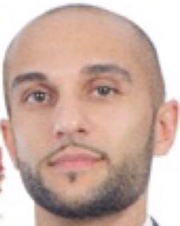 
Came out of high school as the number ranked player in the province (Manitoba). The two time All-Canadian went on to represent Canada in International competition against the world’s best athletes. After graduating with a psychology degree coach Erf went overseas and played professionally for a decade in one of Asia’s Top Leagues. Erfan has received his Mental Game Coaching Certificate to help athletes develop mental skills to enhance their game. 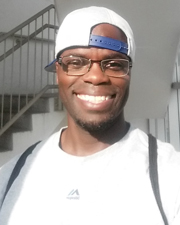 
I picked up a Basketball in my teens, and haven’t yet “hung up my shoes”!
Everyday from 6pm til the lights went out on the court, I was working on my shooting, lay-ups and rebounding!
Unfortunately I never had the height, but had the “Cout Vision”..

I wasn’t the best player on the team, but was the first one on and last one off of the court! I played in high school and some college; but fell in love with basketball, when I signed up for 3on3 Tournaments around the GTA!

Through Parks and Recreation I had the opportunity to teach, children “Fundamental Basketball”; this is where I excelled. I’m not ready to “hang up my shoes”… I am blessed to have this opportunity too work with Top Notch Stars!!

“I keep both eyes on my man. The basket hasn’t moved on me yet.” – Julius Erving